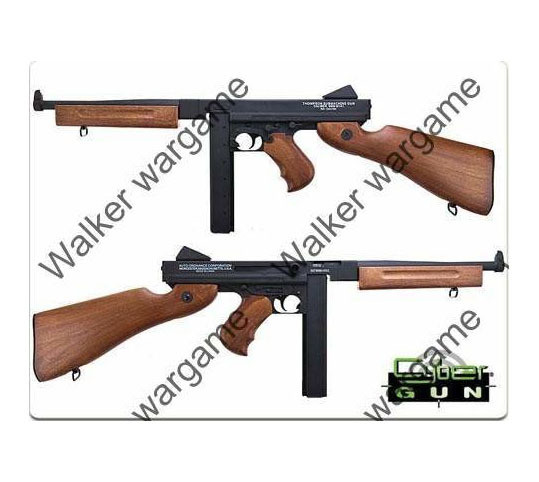 Product Description.The Thompson is an American submachine gun, invented by John T. Thompson in 1919, that became infamous during the Prohibition era. It was a common sight in the media of the time, being used by both law enforcement officers and criminals.The Thompson was also known informally as: the "TSMG", the "Tommy Gun", the "Trench Broom", the "Trench Sweeper", the "Chicago Piano", the "Chicago Typewriter", and the "Chopper".

Production of the M1/M1A1 during World War II was accomplished by Auto-Ordnance Corporation and Savage Arms Company, who produced 847,991 and 539,143 copies of the weapon respectively. The Thompson was a reliable and well-respected weapon, with its major drawbacks being its significant weight and limited range.

(Battery and charger is not Incl)