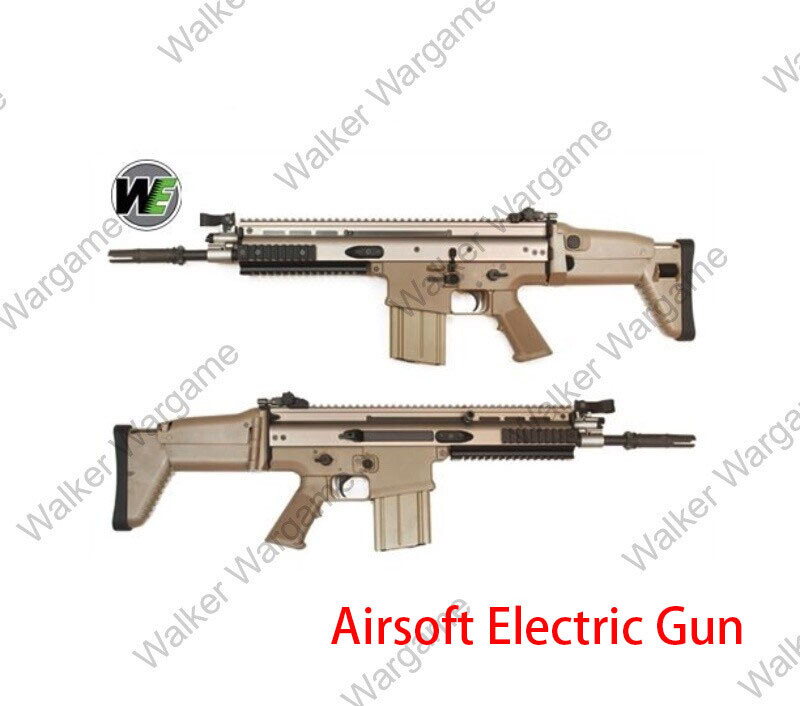 The SCAR H was used by United States 75th Ranger Regiment and the Navy SEAL teams.

This WE replica of the CQC version features a aluminium machined receiver and polymer lower.

Ambidextrous Fire Selector and magazine release. 6 position stock is adjustable and foldable. It also has a 2 position cheek rest. 300mm barrel with plenty of rails for various accessories and the rifle features flip up sights.

Internals feature a reinforced gearbox, 8mm bushings, steel gears and a light polycarbonate piston. This rifle also has high torque motor. Another very interesting feature is the main spring release when the fire selector is set to safe. This means less stress inside the gearbox and will prolong the life of the internal parts.

Hop is set by drawing back the ambidextrous charging handle and adjustment made through the ejector port. A very nice touch is the functioning bolt catch release.

** Battery and Charger are not included. **.